Leaving the seduction of excuses & getting turned on by progress 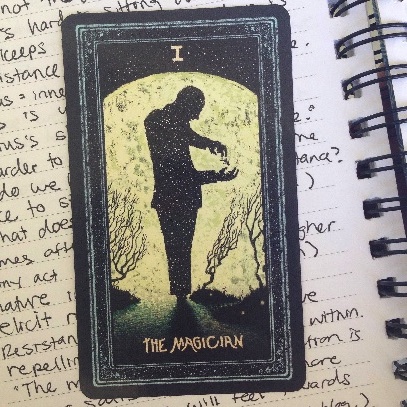 Excuses sneak in, we roll around in them, and stagnation reigns. “I don’t know where to begin. I’ll do it tomorrow. I’m too tired. People will judge me. I’m not good enough. I don’t feel like it.” We spend vast amounts of energy showering our excuses with love and devotion.

I know I am CAPABLE of outwitting my own excuses. I’ve soldiered through some major creative, productive accomplishments. I couldn’t have done those things if I let my willpower disintegrate in a sea of evasions. But I haven’t ever been able to get my excuses completely vanquished. They are always lurking, tugging at my consciousness with varying degrees of intensity.

But I have had one revolutionary mindset shift that helps keep my excuses at bay:

Don’t be one of these people:

Anyone can become enslaved by their excuses. Anyone can spend their life frittering away time, living half-heartedly, never even attempting to move towards their creative heart’s desires. Anyone can end up on their deathbed with a logbook of regrets, a laundry list of experiences and achievements that were robbed by indulging in excuses.

Choose to love progress more than you love excuses.
(tweet this)

Decide to face your own bull-honky head on and move in the right direction even when your excuses roar. Choose to shower your love of yesness, creation, and magic with all that energy you COULD be devoting to excuses.

Everyone has excuses, but not everyone gives them free room and board.

Some of my excuses are probably totally legit, and some of yours probably are, too. But, you know… the people who publish novels and break records and make bank and transform the world into a better place all have as many excuses as you and me. I’m not saying we should quietly accept unfair circumstances. But there comes a time when you either decide to progress regardless… or you don’t.

I am officially OVER my love affair with excuses. It isn’t a glamorous affair. It’s laborious, and it’s a downer. And so I’m breaking up with excuses. I know they won’t go away immediately, but when they show up, I will tell them that they are not welcome. I will no longer give them free room and board.

Instead of succumbing to the seduction of excuses, I will get turned on by progress.
(tweet this)

That’s how it all boils down. You can read every self-help book ever written, you can use affirmations and essential oils and crystals, but if you’re still giving your excuses free room and board they will still hang around. If you want to keep up an unhealthy, draining, pathetic relationship with your excuses, so be it. But that’s not the only option.

You CAN stop harboring your excuses and chase your wild, true love of progress instead. I promise, life is much better this way.