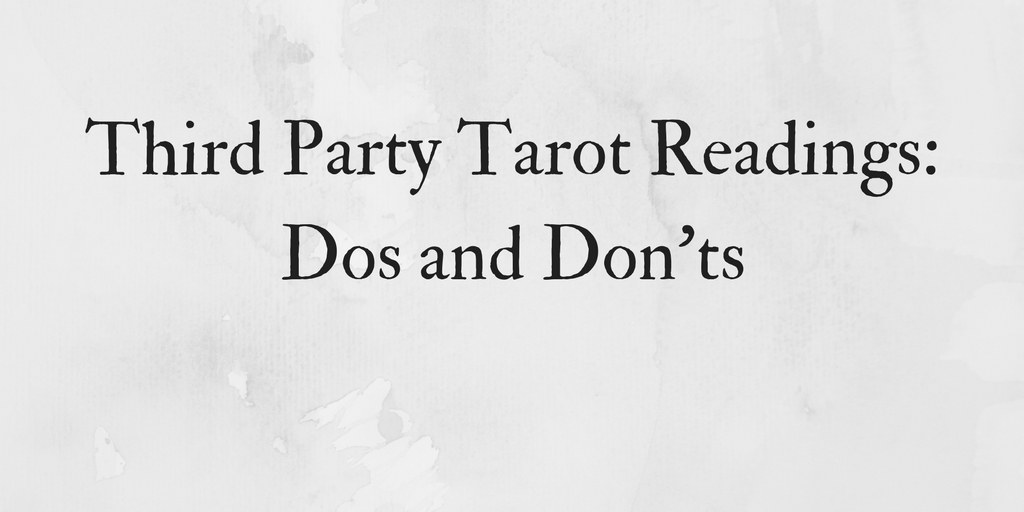 Well, this morning I drew the Fool for my daily card, and thus I decided to try something a little different for today’s post. I got on Facebook and did a live broadcast, but even if you missed it live you can watch the replay. In this broadcast, I’m sharing my thoughts on third party tarot readings – that is, readings that focus on someone other than the seeker. For example, if you ask what someone else thinks of you or about someone else’s personality – that’s a third party reading.

I’m not going to lie, there was a bit of rambling in this broadcast! But not to worry, there are some valuable gems tucked in among the rambling. Watch the replay of the broadcast here and you’ll learn the dos and don’t of third party readings. In the video I also go into detail describing a tarot spread you can try. You’ll find an image of that spread below. 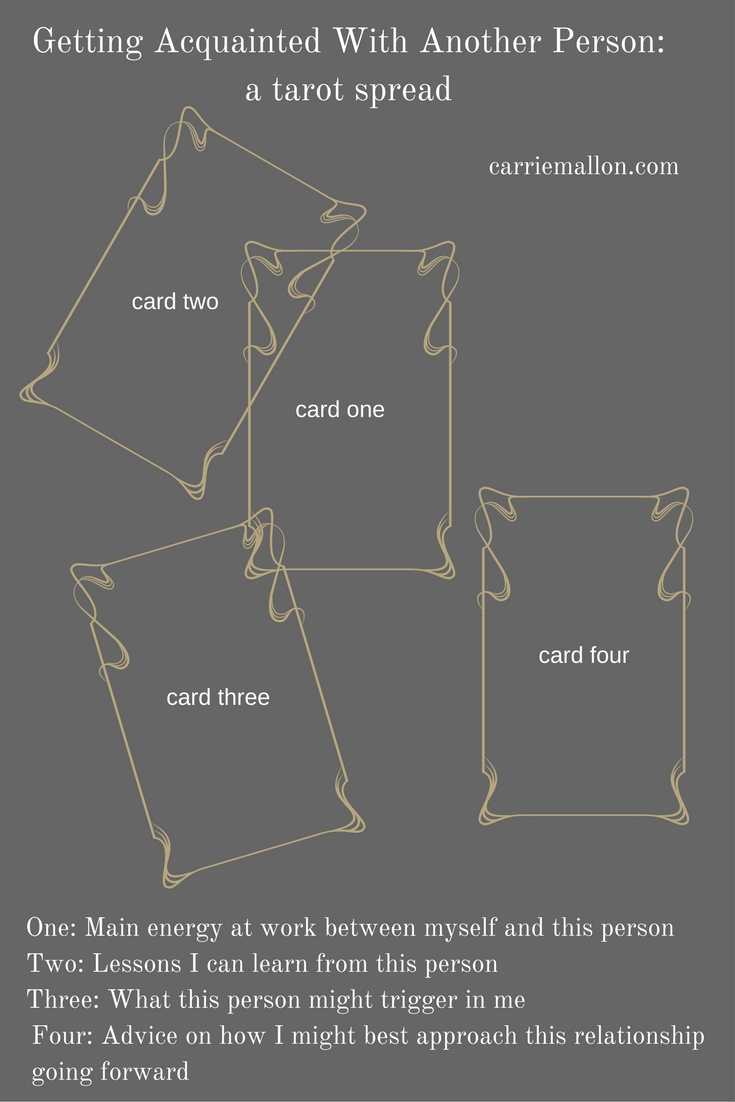 I’ll likely do more live broadcasts on Facebook in the future, so make sure you’re following me over there. If you have a tarot-related question you’d like my input on, feel free to leave a comment here and maybe I’ll talk about it in a future broadcast!