It’s okay if… (a few reminders for tough times) 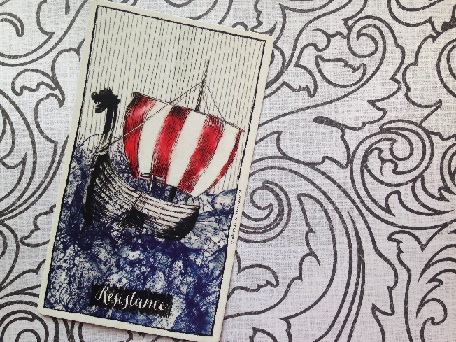 It’s okay if one day is great, and the next day is crap. No one can bring their A-game 24/7. Productive, inspiring days will sometimes be followed by slothful, self-sabotaging days. Take ownership for your bad days, but don’t beat yourself up for having them.

It’s okay if you slipped back into an old negative pattern. Making new patterns of behavior permanent is HARD. But if you’ve made that inner shift and know you want to change, a slip is just that – a slip. It doesn’t mean your progress is ruined. Remind yourself of why you’re easing into new patterns and keep slowly going in the right direction.

It’s okay if you’re not sure what you believe. Labels are seductive. We like to neatly divide belief systems into categories: Christian, Atheist, Pagan, etc etc etc. If identifying with a belief label works for you, that’s great. But if you’re not sure where you fall, it’s okay to be uncategorized.

It’s okay if you feel overwhelmed. The whole ‘being a human’ thing can be a lot to handle. Jobs, dreams, losses, the daily news, responsibilities…it’s okay if you sometimes feel like the Ten of Wands. It’s okay to prioritize what is truly essential and let everything else fall by the wayside.

It’s okay if you don’t know what you’re doing with your life. The secret truth is that almost no one does. We’re all just feeling our way forward, hoping for the best. As long as you’re dedicated to self-discovery, truth-telling and curiosity – you’re doing it right.

It’s okay if you aren’t always positive. My friend Kelly-Ann Maddox recently talked about asking if something is useful instead of asking if it is positive, and Danielle Laporte talks about the “euphoria of admitting something sucks.” You don’t have to ostracize negative thoughts from your mental plane. Instead, ask if they might actually be valuable.

It’s okay if you suspect what you’ve done sucks. If you attempt anything creative – even something as innocuous as cooking a new recipe or trying your hand at a Pinterest project -chances are at some point you’ll think your output sucks. First, you should know that your inner critic is harsher than any external critic. Next, you should know that everyone’s work sucks sometimes. Sucking is a sign that you’re actually DOING something, and that doesn’t suck at all.

It’s okay if you’re hella resistant. On one hand, you might feel deeply pulled to do a certain thing – to start a business, to become healthier, to engage in a creative act – but on the other hand, you might also feel deeply pulled to do ANYTHING OTHER THAN THAT THING. Resistance is a very real, very powerful force – but if you are truly devoted, you can learn to do your thing even when resistance insists on tagging along.

It’s okay if you aren’t ALWAYS aligned with your higher consciousness. You’re probably fairly on board with abundance mindset, collaboration not comparison, love not fear and all that jazz. It’s okay, though, if you do witness yourself operating from a place of scarcity and ego.

“Enlightenment” is not a static state – it’s something dynamic, something you shift in and out of, and that’s okay.
(tweet this)

It’s okay if you are a jumble of contradictions, oddities and flaws. It seems to me that the universe is made up of opposites. Chaos and order, expansion and contraction, creation and destruction. Your psyche just might be a microcosm of this macrocosm, and that’s more than okay – that’s pretty fucking magical.