Sell your cleverness and buy bewilderment 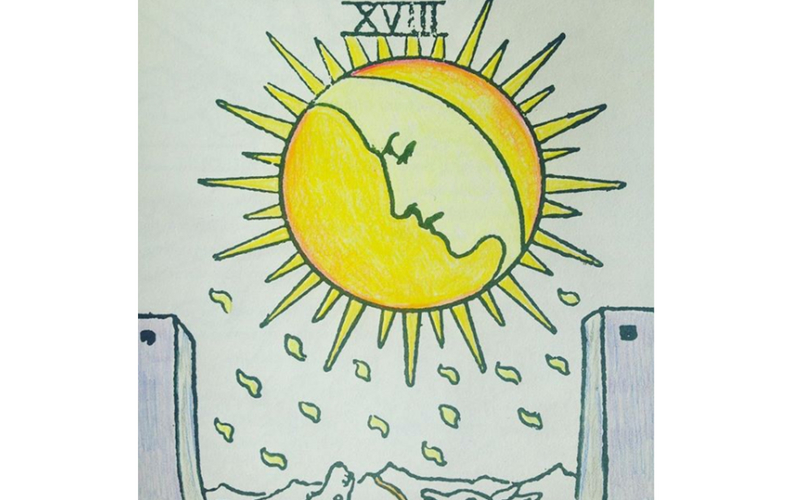 The Moon is one of my favorite cards in any deck (even though I try not to play favorites, each card is important to me in its own way). I came across a quote from Rumi this week, one I’d never heard before, and it felt very in alignment with the tarot’s Moon archetype:

The concept of bewilderment speaks to me always, lately stronger than ever. I think it’s something we are craving as a collective right now. There is a way of being that is other than clever. Human beings like to pretend we are civilized. We like to act civilized. We are afraid of bewilderment because we confuse it with being rabid or insane or scary or gasp, just not knowing everything (not to know – the HORROR!). And to be fair, sometimes bewilderment does contain a hint of those elements.

And bewilderment is also about forgoing attempts to know everything. Cleverness, although not without merit to a fully functioning human, is about attempts to understand. Cleverness is about conceptualizing, analyzing, keeping yourself at a cognitive distance from the direct experience of being human. And bewilderment is about eradicating that distance, about immersing in that direct experience.

There’s a lot more I could say about this, but even trying to write this post is in some ways an attempt at being clever. I don’t know how to explain everthing I want to say here, I’m at a loss of putting out further words to convey any point. And that’s okay, it’s necessary, it’s part of embracing my birthright of bewilderment.