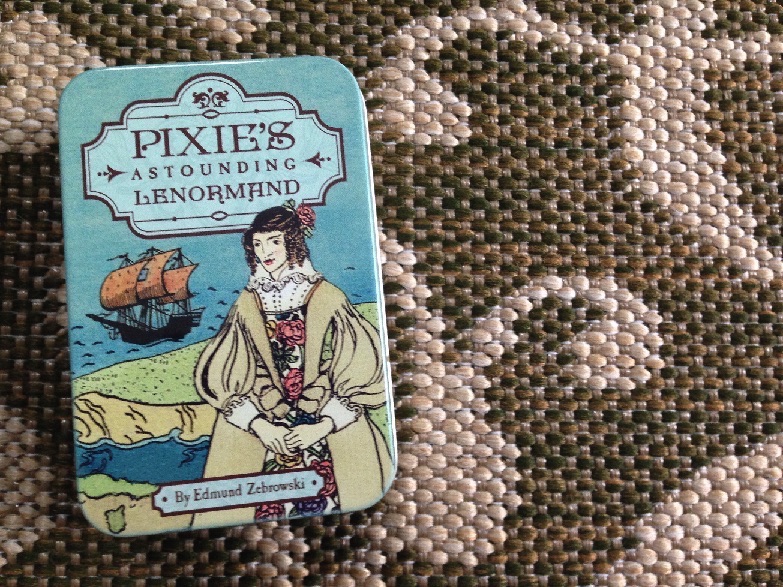 First, a confession: I used to be kind of dismissive of Lenormand as a system. But when I saw pictures of Pixie’s Astounding Lenormand, I couldn’t stop thinking about it. It was almost the same feelings I had when I discovered tarot. The cards seemed so mysterious yet intriguing, with evocative titles like the Anchor, the Key, the Lilies. 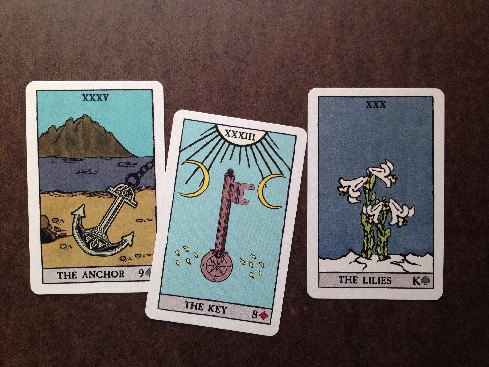 I am far from an expert on the Lenormand structure, but if you’re not familiar with the system I’ll tell you the bare details. It’s a more minimal system than tarot, containing 36 cards. It’s also a much newer system: incarnations of tarot date back to the Renaissance, while Lenormand only came on the scene in the early 1800s. Lenormand cards are traditionally read in pairs of two, offering messages about fate and the future.

I find Lenormand lends itself more to straight up “fortune telling” rather than the psychological soul-diving I associate with tarot. Fortune telling has gotten kind of a bad rep in the tarot community. A lot of tarot readers (myself included) are quick to assert that we are NOT fortune tellers; we offer advice and guidance, NOT predictions. I do believe that the psychological and spiritual aspects of tarot are the most meaningful guides for human lives…

But I sometimes…just for fun…I dip my toes into the “what might the outcome be” pool. I do this with a light heart – I don’t consider myself a psychic, and I generally don’t see much point to predictions. But when I’m looking for this kind of straightforward info, I find Lenormand a fun and insightful tool. You could say tarot is better at asking the question “why” and Lenormand speaks to the question “what.”

This particular Lenormand deck drew me in with it’s repurposing of Pamela Coleman Smith’s art (Pixie, as she is widely known, completed the art for the original Rider-Waite tarot deck). Now published through US Games Systems, this lenormand deck was originally self-published by the creator, Edmund Zebrowski. The Little White Book describes an smile-inducing tale of how the deck came to be, including the deck creator spinning a myth about a consultation with Pamela Pixie’s spirit.

And you’ll certainly recognize the art in this Lenormand deck if you’re familiar with the iconic Rider-Waite tarot deck. This Lenormand is a sort of collage, pick and grab, resize and replacement combination of elements from Pixie’s art (mainly derived directly from the tarot deck, but some of her outside projects are incorporated here as well). 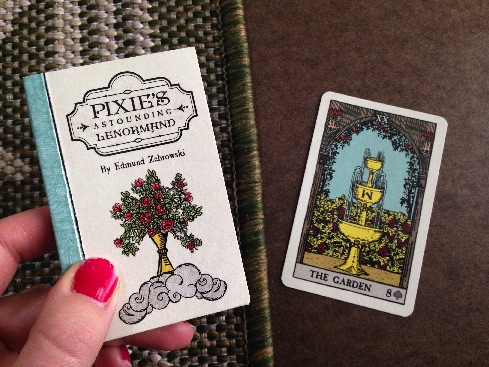 It’s great fun sifting through these Lenormand cards and discerning for yourself where the images originated. Zebrowski certainly got pretty creative with some of these combinations! For example, the Garden alchemizes images from the Ten of Pentacles, the Queen of Pentacles, Nine of Pentacles and Ace of Cups. I’ve gained a deeper appreciation for all the details in the Rider-Waite tarot by using this Lenormand deck.

The cards are smaller than traditional tarot cards, and come in a lovely tin – great for withstanding being tossed into bags and lugged around. The card stock is good, not too glossy, although they can be hard to shuffle due to their small size.

As I’m still a n00b with the Lenormand system, I do rely heavily on the Little White Book. I will admit I normally find LWB’s insufferable and wholly ignore them, but this one is quite good. Even the packaging is nice, the LWB looks like a miniature book. For each card, the energy is described, along with keywords, general meanings, meanings related specifically to love and career, timing and image origins. It’s a lot of info, and it has added a LOT of depth to the readings I’ve done with the deck.

The deck is described as “charming” on its packaging, and I can’t help but agree that charming is just the word for this deck. It has a certain mystique to it, retaining that je ne sais quoi of the tarot deck – yet it stands on its own as a separate, wholly unique creation. If I had to describe the deck’s personality, I’d say she’s like Mary Poppins: curt and no-nonsense, but still imbued with a lot of magic and originality.

Purchase your Pixie’s Astounding Lenormand from Us Games Systems.