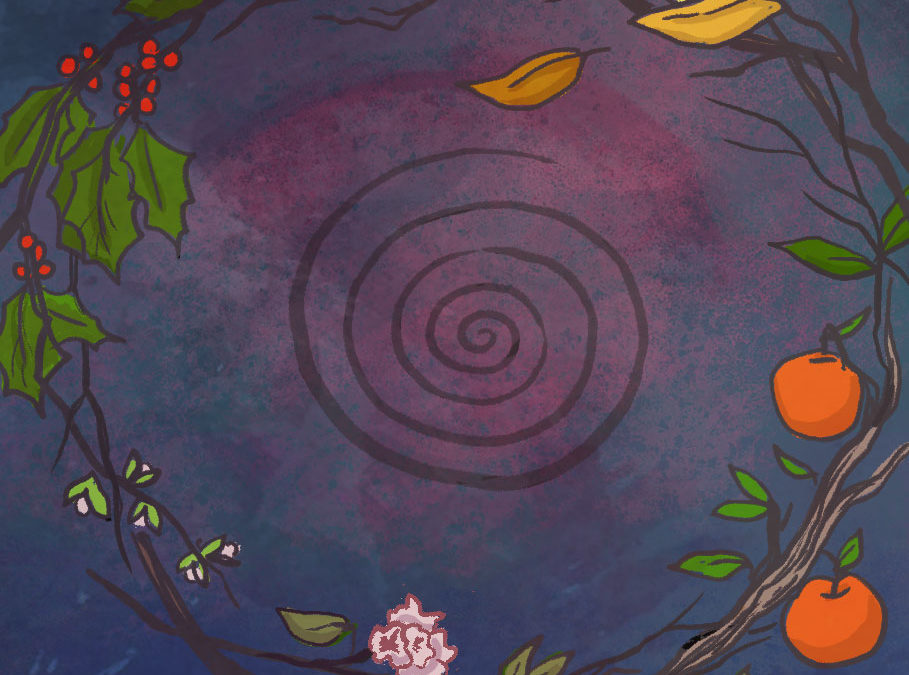 A lot of spiritual people set the intention to live in the now. Be present. Here with what is in this moment.

But this doesn’t mean the past and the future aren’t worthy of your attention.

The present does not exist in a vacuum. The present is directly influenced by the past. You are influenced by your personal past traumas and victories. And even beyond this lifetime, the genetic and cultural legacy of your ancestors sway your life today.

Beliefs vary on this, but I believe we are also influenced by the future. What is time, anyway? Is it really linear? Who’s to say that things which haven’t yet unfolded on your timeline aren’t already creating waves for you to surf right now?

And let’s be real: whether or not the past and future are worthy of your attention, they sure do demand your attention sometimes, don’t they? Unless you’re like the Dalai Lama or Eckhart Tolle or something, you probably find yourself pondering the past or imagining the future just as often as you find yourself perfectly centered in the present.

At any given moment, some of your energy is going to the past. Some the present. And some to the future. How much energy you are giving to each – and what that energy consists of – varies.

Why does any of this matter though? I mean, I will try to tell you more about why in a moment, but first let’s let my boy Carl Jung drop some wisdom:

“Whoever protects himself against what is new and strange and regresses to the past falls into the same neurotic condition as the man who identifies himself with the new and runs away from the past. The only difference is that one has estranged himself from the past and the other from the future. In principle both are doing the same thing: they are reinforcing their narrow range of consciousness instead of shattering it in the tension of opposites and building up a state of wider and higher consciousness.” 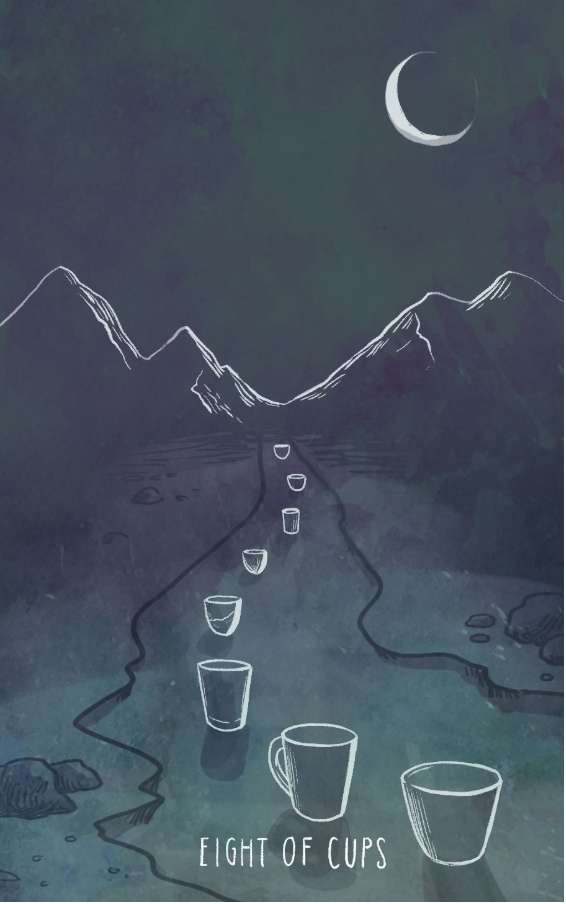 So basically…if you’re overly invested in either the past or the future…you’re gonna become neurotic. I’m just the messenger here, that’s what Carl Jung thought. So. For the purpose of minimizing neuroticism, perhaps it’s useful to consider the energy you’re directing across the span of time.

I’ve been thinking about this stuff a lot lately, because I’m in a phase where I find my own energy distribution across the time continuum to be… wild. A few weeks ago I visited my parents house and went through a bunch of my old stuff from high school. Which led to a week of obsessively listening to music that I loved in high school. And using all this nostalgia as a sort of comfort blanket against dealing with the present.

Some people might say I was protecting myself against the strange and new while regressing into the past.

Then this week I’ve been on a huge kick of planning for the future. Stocking up on food in case of a global pandemic, considering what I want my business to look like in a year, voting in a presidential primary. Making a list of upcoming albums and video games I’m looking forward to.

Identifying with the new and running away from the past?

Let’s just say I have accepted that I’ll always be a slightly neurotic person. But like I said earlier, there are ways to minimize that neuroticism. 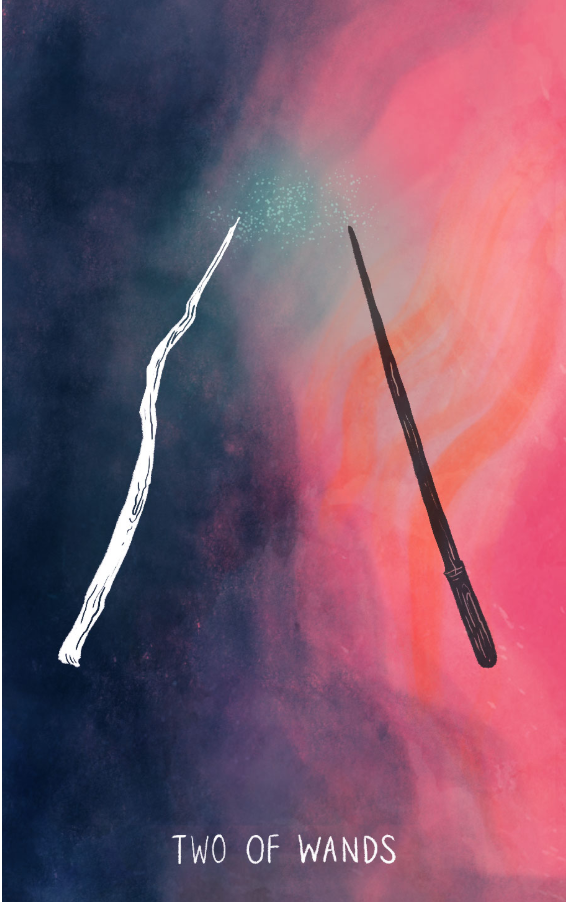 What I shared with you about the ways my own energy is distributed along the timeline is an abbreviated version. Not only that, but I can only discuss this in so far as I am consciously aware of it. And again, we’re not always aware of where our energy is going. Some of your energy seeps away from you, attaching itself to the past or the present, without your conscious awareness.

Luckily for us, there is this tool which is super effective at bringing unconscious stuff into the light of your conscious awareness. This tool is called tarot, of course!

I’m approaching this by using a variation of a classic Past/Present/Future tarot spread. Instead of looking for general reflections, I’m specifically asking what I need to know about the energy I’m giving to each of these realms. And I’ve added a fourth card to bring advice on how I might better distribute my energy. 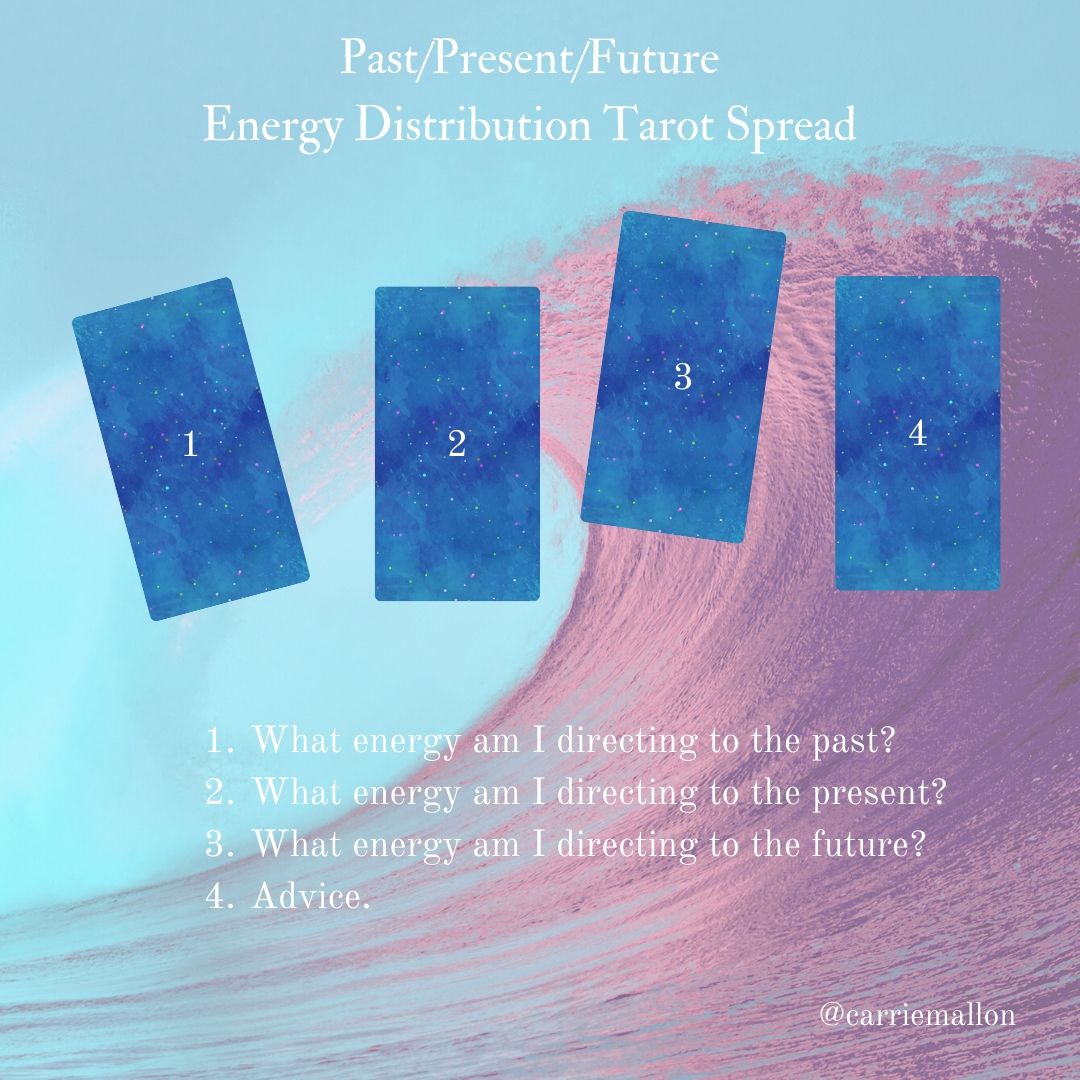 If this is something that speaks to you, please try the spread for yourself!

Cheers to building up states of wider and higher consciousness,